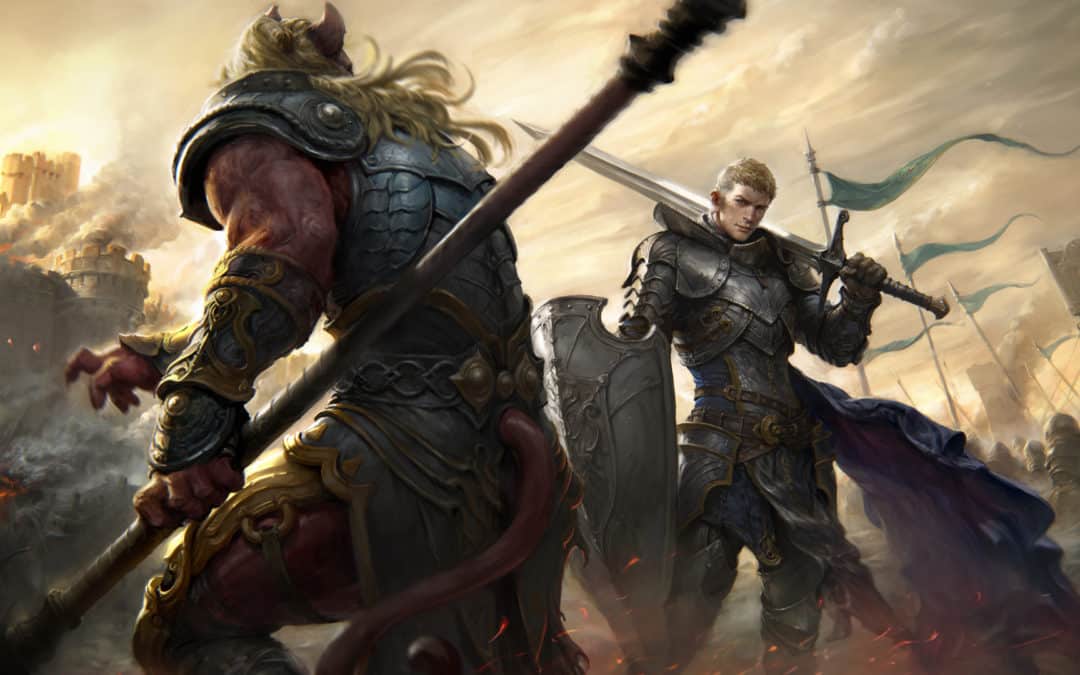 June 10, 2020 – During the lockdown in the wake of the Corona crisis, the number of online gamers in Europe as well as in the USA and other parts of the world has grown significantly. The development of player numbers worldwide has taken place almost in line with the various phases of social distancing. The desire for at least digital proximity during COVID-19 was particularly pronounced. So-called multiplayer online games, in which several players play together separately, were particularly in demand. The trend was equally pronounced in Europe and the USA. This is the result of a comprehensive data collection on the development of gaming behaviour in different phases of the COVID-19 crisis, which was conducted by Media and Games Invest plc (MGI), a global provider of online and mobile games with more than 5 million active players.

In April 2020 – at a time when far-reaching lockdown measures were implemented worldwide – the number of new registrations of players was 43 percent higher than the average for January and February. The interest of new players in massively multiplayer online games (MMOs) was particularly pronounced, with the increase in new players in March reaching 35 percent and in April even 75 percent compared to January/February. Normally, a decline of 8-12 percent is also recorded in the spring due to good weather during the same period. Remco Westermann, CEO of Media and Games Invest: “The digital exchange at multi-player online games has obviously partly replaced direct contact between people during the hard lockdown. Of course, it also plays a role that people who are at home for a long time prefer interactive entertainment to passive entertainment such as TV series or feature films. With an average total of around 5 million active players worldwide, we have a broad database, so that we can derive meaningful trends from the data analysis.

However, not only did the number of new registrations increase, but the number of players actually played strongly: The number of gamers active in the games in April 2020 was 31 percent above the average for the seasonally normally much stronger months of January/February. In direct comparison with the previous year, the increase is even more marked. Remco Westermann: “Our data for May and June already show indicatively that the number of active online gamers continues to be substantially higher than last year’s figures despite the significant relaxation of the corona measures. The joy of playing, which one or the other has (re)discovered during the lockdown, seems to have been reserved. It will be interesting to observe how this development continues in the coming months. But the development also fits in with historical experience: In times of crisis, people tend to play a little more, which then in better times continues at a higher level than originally.”

The players are still willing to pay

The many millions of gamers, of whom MGI has collected data, have the choice in all games whether they want to play completely free of charge or spend money in the games for faster game progress or additional items. The average monthly in-game expenditure for MMOs is usually in the double-digit Euro range. In April 2020, MGI counted a turnover for the most attractive multiplayer games that was 56 percent above the average value for the months of January/February. For “casual games”, which are usually only played by one player, an increase in sales was also noticeable, but at 20 percent this was significantly lower than for the strong MMOs.

MGI also noticed noticeable regional effects when evaluating the gamer data. With regard to the top 10 MMOs in the analysis, sales in Europe, for example, already jumped significantly in March 2020, with the increase in this region already reaching a good 12 percent in March, compared to January and February. In North and South America, which were only affected by the corona pandemic and the lockdown measures after a delay of several weeks, sales stagnated or even declined slightly. When corona in America led to increasingly widespread lockdowns in April, sales of the games also shot up there, and at +59 percent (North America) and +48 percent (South America) were above the April increase of 47 percent in Europe.

Positive influence on the image of games

Remco Westermann, CEO of Media and Games Invest: “The analysis of our data shows that games, even in digital form, have a significant role for people in dealing with crises and also to be distracted from them, at least for a certain time. We also see this during the current Corona crisis, and indeed as a global phenomenon. The fact that people in crisis situations seek closeness and community explains the special demand for multiplayer online games in recent months. Interesting: While digital games were frowned upon by the WHO until recently, it has now radically changed its position and particularly recommends playing iMultiplayer games. We are confident that on this basis a new view, especially of multiplayer online games, will emerge that outlast the corona crisis”.

About Media and Games Invest plc:

Media and Games Invest plc, MGI, is a fast and profitable growing company in the digital media and games sectors. Through organic growth combined with value-adding synergistic acquisitions, MGI continues to demonstrate strong profitable growth. In the past 6 years, the MGI Group has successfully acquired more than 30 companies and assets. Technology is actively used to create efficiency improvements and competitive advantages. Among the most important investments are gamigo AG, ReachHero GmbH, Applift GmbH, Verve Group Inc. and PubNative GmbH. Media and Games Invest is among others listed on the Frankfurt Stock Exchange and on XETRA.